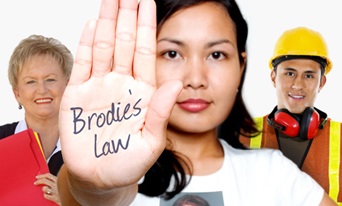 An electrician has been brought before a Melbourne Magistrate to face charges under Victoria’s strict workplace bullying laws.

In Victoria, persons who engage in bullying behaviour can be prosecuted under the Crimes Act 1958 (Crimes Act). The Crimes Act was amended in 2011 to make serious bullying a criminal offence, punishable by up to 10 years’ imprisonment. The amendments to the Crimes Act have commonly been referred to as Brodie’s Law.

Police allege that the electrician harassed and stalked his apprentice for two years, sending text messages filled with explicit and threatening language, and burnt the apprentice with an ice pipe. The electrician claimed that his language was “colourful” and part of the culture at the workplace.

The electrician has been charged under the Act with two counts of stalking and one count of using a carriage service to harass his apprentice.

The Frankston Magistrates’ Court heard that a concurrent Worksafe investigation was also being conducted regarding the apprentice’s complaints.

Whilst the electrician has admitted to sending the text messages, he disputed the alleged malice of the text messages claiming that the “nature and tenor [of the messages] is something that is used in the workplace every day”. The electrician’s lawyer told the Court that the electrician had used similar language with other employees. Proceedings have been halted to give the defence time to familiarise itself with new material presented by the prosecution.

Bullying can take a serious toll on a person and may have some damaging consequences. Victoria’s anti-bullying legislation aims to send a message that bullying will not be tolerated by imposing penalties of up to 10 years’ imprisonment for employers, managers and employees who engage in workplace bullying.

NRA recommends all employers, not just those in Victoria, make sure that they have policies in place that deal with workplace bullying and make clear that bullying behaviour will not be tolerated in their workplace. An effective bullying policy that is enforced may not only protect your business and reputation, but most importantly it will protect your employees.