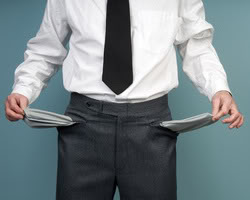 Franchises have come under increased scrutiny as law firm Maurice Blackburn calls for tighter regulation and tougher laws to force franchisors to account for franchisees that underpay workers.

Maurice Blackburn Employment Principal, Josh Bornstein has said that regulators must do more to prevent “franchisors turning a blind eye to systematic wage fraud undertaken across their franchise networks”.

Bornstein, whose division is currently pursuing $1 million in outstanding entitlements through the Fels 7-Eleven Wage Fairness Panel, has labelled the Fair Work Ombudsman’s efforts pursing underpayments “commendable”. However, he has called for stronger laws to “require each franchisor to be responsible for compliance with employment law”.

“It’s not acceptable that these companies post big profits when the success is built on the back of underpaid workers,” he said.

The Fair Work Ombudsman has been unable to establish that 7-Eleven was ‘knowingly involved’ in the widespread underpayment of franchisee employees.

In an 81-page compliance report released in April, the Ombudsman said the evidence gathered could not overcome the high threshold for accessorial liability under s 550 of the Fair Work Act 2009. This comes despite the Ombudsman finding 7-Eleven management had evidence of employee underpayment since 2009.

According to the report, 7-Eleven claimed that their ability to take steps against franchisees who paid workers incorrectly or kept inaccurate records was limited by the Franchising Code.

The Ombudsman has considered taking a “closer review” of the interaction between the Franchising Code and employment law to “assess whether changes or clarification” are necessary.

That being said, 7-Eleven has not entirely escaped a costly pay day. The Fels Panel has determined 350 claims leading to payouts totalling $11 million, of which the company has offered to wholly cover the first $25 million. Based on initial expressions of interest, investigations and payments to date, the total payout figure could reach $100 million according to Fels Panel co-chair, David Cousins.

This comes as a Federal Court has fined a Western Sydney 7-Eleven franchisee over $200,000 for underpaying two employees and maintaining false records. Judge Justin Smith said the franchisor had “deliberately flouted his legal obligations” and had engaged in “a sustained and deliberate process of deception” with the goal of maximising profit.

Judge Smith found that the systematic underpayment of the employees was a part of the franchisee’s business model and was of the opinion that this was the “worst type of each contravention”.

Fair Work Ombudsman Spokesman, Craig Bildstein, warned that “anyone tempted to try and implement a business model … which revolves around the deliberate exploitation of workers … should think again.”

In a separate action, Maurice Blackburn has pursued a Pizza Hut franchisee for allegedly employing a delivery driver under a sham contracting arrangement. Maurice Blackburn alleges that the driver was first paid $6 per delivery which later increased to $8 an hour plus $4 per delivery. In an email the driver claimed to receive from his boss, he was told that it “cost too much” to employ hourly drivers and that most stores were “only using contractors” as drivers.

Bornstein has said that while franchisors like Pizza Hut and 7-Eleven control the conduct of franchisees in “microscopic detail”, they routinely “turn a blind eye” to the employment conditions in these workplaces.

“Cleaning up the franchise industry should be a priority and this latest case makes it clear that franchise companies need to be subjected to strong legal regulation,” he said.

“Law reform is required to address the epidemic of wage fraud in these workplaces, usually affecting vulnerable low-paid employees.”

Regulators have warned that they will be targeting franchises who disregard employment law. In light of this, franchisors and franchisees must ensure they pay their employees correctly or potentially face a hefty penalty.

Do not delay, if you have any concerns about employee pay rates or workplace conditions call the National Retail Association now on 1800 RETAIL (738 245) to speak to one of our workplace advisors.