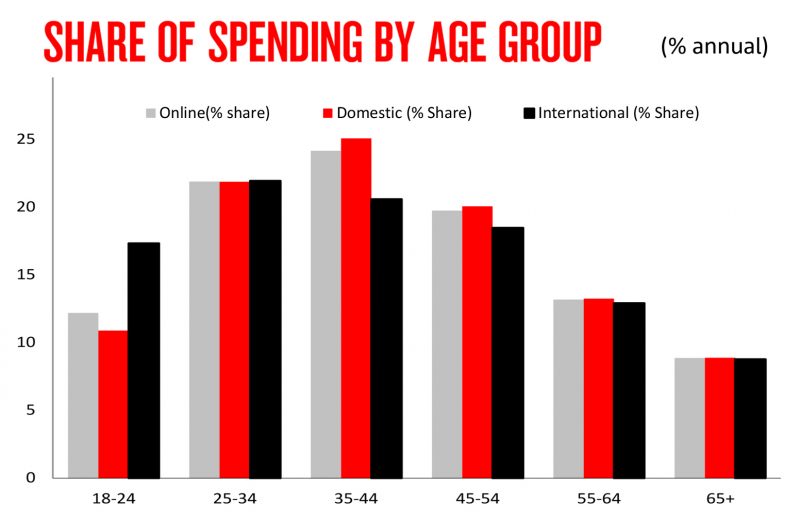 Online shopping is not, it seems, the exclusive domain of teenagers and Gen Y, according to a report by Quantium.

As predicted, those aged 65 and over have a disproportionately lower share of spend (8.9%) relative to their share of population (19%).

Age group affects which category is most popular

In terms of what different age groups are buying, Homeware and Appliance Stores have the highest share of spend on average, particularly with those aged between 45 and 64.

However, those aged between 18 and 34 years favour Fashion, while the largest spend age group, the 35-44s, favour Groceries and Liquor, along with the over 65s.

Most age groups total online share is similar to their share of domestic spend, with one exception – those aged 18 to 24 – making up more of the share of international online retail sales than they do domestically.

Conversely, those aged 35 to 44 make up more of the domestic share, the group with the largest overall online spend. Those aged 25-34 represent the largest share of international spend.

The trend for younger markets to spend more on international goods could be a reason for concern for retailers in the future, however this can also reflect the types of products being bought at different stages of life.