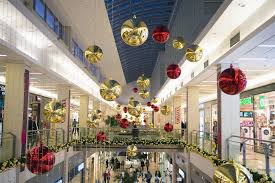 NRA CEO Dominique Lamb said the announcement is in contrast to a recommendation in the Mickel Report into trading hours and would come with a raft of unintended consequences.

“This announcement has really come from nowhere and flies in the face of a recommendation in the most recent report into trading hours, compiled by former Labor Minister John Mickel,” Ms Lamb said.
“Small business retailers are already struggling at present and all this will do is see their wage bill explode further during a time of year that already contains numerous public holidays.
“There are numerous consequences that could flow from this, none of which are good. Small retailers may opt to pass on the extra costs via higher prices that hurt consumers or some may decide to simply not open due to it being uneconomical.

“The Government has opened a consultation period, but we’re sceptical of how genuine this is given how strongly they’ve already nailed their colours to the mast.
“The retailers who will be hurt most by this are not large multi-nationals, but mum-and-dad small business owners who work ridiculous hours just to make ends meet. These small retail outlets also rely on the Christmas trade period to support their operation during more lean times of the year.
“We strongly urge Minister Grace to reconsider this announcement and listen to the concerns of small business.”
The National Retail Association is Australia’s most representative retail industry association, with more than 24,000 shop fronts nationwide. It has been serving businesses in the retail and fast food sectors for close to 100 years.