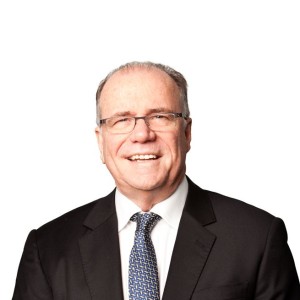 Taxation, employment, economic stability – they’re terms that get thrown about a great deal during a federal election campaign. But while they aren’t the most exciting concepts for the average voter, their long-term effects for retailers are profound.

The GST Low Value Threshold (LVT) on imports under $1000 for example, has been a thorn in domestic retailers’ sides for years, as shoppers shipped any number of products from overseast to their door without any GST added to the purchase price.

But, if that same shopper stepped into an Australian-owned store (that employed Aussie workers who in turn contributed to the economy) to buy that same product, they were charged 10 per cent more.

It’s undoubtedly an unfair competitive advantage to overseas suppliers at the expense of Australian retailers, but we finally had a win last year after years of advocacy work, when the Federal Government, in its 2015 and 2016 budgets, introduced measures to remove this exemption and thus level the playing field for you – our valued Australian retailers.

In addition, from the 1st of July 2017 overseas suppliers with exports into Australia greater than $75,000 per annum will be required to register for GST in Australia and remit the tax collected to the ATO.

The $75,000 value is set to match the requirement that currently exists for Australian entities to charge GST where their annual turnover exceeds that value.

The government is to be commended for this latest initiative, however we know there will be significant challenges putting this into practice.

Although the regulatory requirement should work satisfactorily for high profile overseas suppliers, it is unclear how smaller companies who choose not to comply could be regulated by the ATO, due to jurisdictional limitations.

It has been suggested that parcels would need to be accompanied by declarations proving the supplier is registered for GST, otherwise the receiver would need to pay the tax on collection, but this could be costly, and slow the delivery process.

Another is to use the power of modern technology to collect the tax at the payment gateway, at the point when the purchaser submits payment details. This would require new forms of regulation but has the advantage of very low transaction costs once established.
Whatever the outcome the NRA will continue to monitor the proposed changes and inform members of the likely impact on their business.

But we also want to hear from you on this, or any other topic that presents a concern for your efficiency.

Our specialised industry policy team here at the NRA monitors all these and more changes in regulations, and is dedicated to taking these cases to all levels of government on your behalf, so please, keep your comments coming, via [email protected]