Preparing for a knock at the door 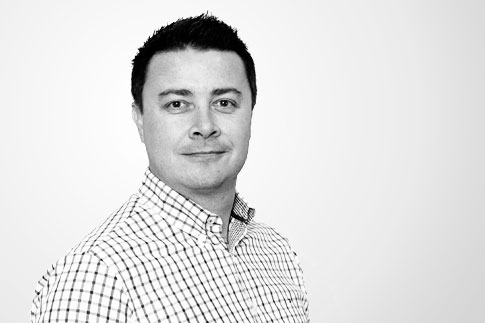 One of the oldest jokes alive is the Knock Knock joke. We all know it, and often read books full of them as kids, or least I did anyway. However, as we ourselves get older, and move into the workforce, the idea of a Knock Knock scenario loses some of its humour and becomes much more serious.

The thought of an unforeseen visit from a government body to inspect or audit a company can be a daunting thing. So much so, that the mere thought of it can have a constricting effect on the person in the position of responsibility.

If you’ve ever been in a management position in a company, whether it be in operations, HR or production, you know too well the fear that comes with the obligation to be doing things “by the book”.  In general, it’s safe to say most people, and managers in particular, try to do the right thing. No one sets out to run a business with the intention of doing the wrong thing, but often people fall into habits which leave themselves exposed legally.

One of the ways this happens is when management doesn’t have systems in place to oversee its operations at various levels. An example would be a franchise system, the owner passes on knowledge and branding in return for profits. At the same time, they relinquish some of their control on the business. Another example would be a large business with multiple tiers of management, where authority is delegated down at various levels or to different branches.

In each of these examples, the system of delegation often relies on information being returned back up the chain of command. It is in this moment, that the system often breaks down. Managers become busy and decide some information is not important, or they begin to take too much control and want to assume overall command, making risky operational decisions.  As a result, the compliance and adherence to important procedures falls apart, not intentionally, but through bad habits.

Over the past twelve months, evidence of this type of breakdown has been evidenced through some of the largest brand names in Australia. Who would have thought large companies such as Coles or 7Eleven would have let their brand name be effected by immigration headlines? It certainly wasn’t intentional, but it is easy to see how they unknowingly let this get away from their core business.

Immigration compliance is a serious issue with serious financial and legal penalties. However, in the Australian business world, immigration is necessary to meet skills and labour shortages. Many businesses in Australia would not be able to operate without the annual influx of international students and working holiday staff.

Being on the right side of the law is not a difficult decision, it just takes a little know how and a good system to prevent any surprises. Like all things in business, being prepared is half the battle.

So the next time you’re company is having a management meeting, don’t be afraid to ask yourself and others “knock, knock… who’s there?”

Check your compliance before someone’s at your door: Contact the NRA Legal team on 1800 RETAIL (1800 738 245). Members receive telephone advice at no charge.

Ian Parker is a Registered Migration Agent who has developed his experience for over ten years across a number of key industries, namely international education, retail, recruitment, construction, hospitality and healthcare. Ian is able to help you understand the complexities of the Australian Immigration system and advise how best to make it work for your company. He can assist with all Australian visa applications, including but not limited to: 457, training, working holiday, student, partner and parent. He is also able to provide strategic company advice surrounding company sponsorship, nominations, immigration inspections (monitoring), auditing and compliance.