The essential guide to redundancy 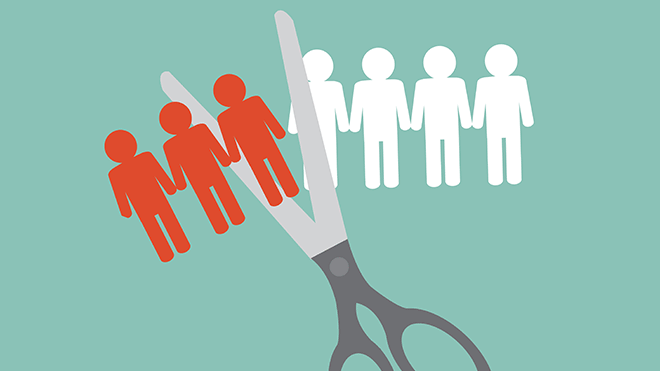 In the current economic climate, it is critical for businesses to constantly identify opportunities to improve efficiency and reduce expenditure. While the prospect of redundancies is certainly not pleasant, they are often times unavoidable.

Alongside the factors that necessitate a redundancy in the first place, it is also important for businesses to understand the many implications associated with redundancies, and the protections and entitlements available to employees who have been made redundant.

In this article we break down the two sides to a redundancy: genuine redundancy as a response to a termination claim, and the entitlement to receive redundancy pay.

Where a redundancy is “genuine” it will operate as a jurisdictional objection (similar to a defence) against an application for unfair dismissal. It is also useful to disprove an allegation that a dismissal was discriminatory or in contravention of the general protections.

For a redundancy to be genuine there are three elements that must be satisfied:

Importantly, all three requirements must be complied with in order for a redundancy to operate as a defence to an unfair dismissal application. Even if the circumstances surrounding a redundancy are entirely uncontroversial, for example, a store being closed, if the employer failed to consult with the employee about the closure the dismissal may still be found to be unfair.

When dealing with redundancies, it is important to distinguish between the employee’s job and the employee themselves. It is the job that is made redundant, and it so happens to be the case that the employee is performing that job. For this reason, it is not appropriate to rely on redundancy as a reason to exit underperforming employees whose job is otherwise required to be performed.

The Fair Work Commission (FWC) has generally been reluctant to make any determinations to the effect that a business should not have restructured its operations, however it is best practice to be able to demonstrate that the changes were necessary having regard to things like:

It is often the case that the duties an employee performs will continue to be required, however they will be redistributed to other employees within the enterprise. The FWC has long recognised this operational reality,[3] and as such the test is not whether some of the employee’s duties survived the redundancy, rather whether their job still exists in some form.

This, in effect, creates a prohibition against recruiting for the employee’s job after it has been made redundant. This is also closely related to the obligation to redeploy an employee, where it is reasonable to do so in the circumstances.

Whether redeploying the employee will be “reasonable” depends on the circumstances of each matter, however in general, any position the employee is able to perform within their knowledge and experience (even significantly lower level positions)[4] may be required to be offered.

Contrary to popular belief, there are no concrete rules about how long an employer must wait before recruiting for an employee’s job that was made redundant or any other position that the employee may reasonable be redeployed. While this assessment is made at the point in time when the redundancy takes effect,[5] a job advertisement 13 days for example after the dismissal takes effect tends to suggest that the redundancy was not genuine as it indicates the job was available when the decision was made.[6]

Almost all modern awards (including the General Retail Industry Award 2010, the Fast Food Industry Award 2010, and the Clerks–Private Sector Award 2010) contain consultation obligations for “major workplace change”. This obligation requires that as soon as a definite decision has been made to make a job or jobs redundant, the employer notifies any affected employees in writing, and discusses the redundancies with them.

These discussions also provide the employer with a meaningful opportunity to explore redeployment options with the employee. While the discussions may not in fact change the decision, a failure to consult where the employer was required to do so will be fatal to an argument that the dismissal was a case of genuine redundancy.[7]

Where redeployment is offered however and declined by the employee, this may have implications on the amount of redundancy pay the employee may be entitled to.

Alongside the protections available to an employee for having their employment terminated, a redundancy may also give rise to an obligation to pay the employee redundancy pay. Like anything however, there are exceptions to this requirement. In general, there is no requirement to pay redundancy pay where:

In these circumstances, depending on how similar the two different roles are, the employer may apply to the FWC to reduce the amount of redundancy pay payable to the employee on the basis that they had obtained other acceptable employment.

It is also important to be across the terms of an enterprise agreement, modern award or contract of employment that may apply to an employee, as these may provide higher obligations than under the Fair Work Act 2009.

Redundancy pay is payable in addition to an employee’s other entitlements, such as accrued but untaken annual leave, long service leave, and payment in lieu of notice. It is possible to provide the employee with notice of when a redundancy takes effect rather than make payment in lieu of notice, however this should occur alongside any consultation that may be required.

The interconnected nature of redundancy as both a defence to a dismissal claim, and an employee’s entitlement to receive redundancy pay can be complex to navigate. However, managing this process effectively will allow the business to harness the benefits brought about by any restructure.

If you are considering making a position redundant and need assistance navigating the process, or wish to apply to the FWC to reduce the amount of redundancy pay payable to an employee, contact NRA Legal on 1800 RETAIL (738 245).