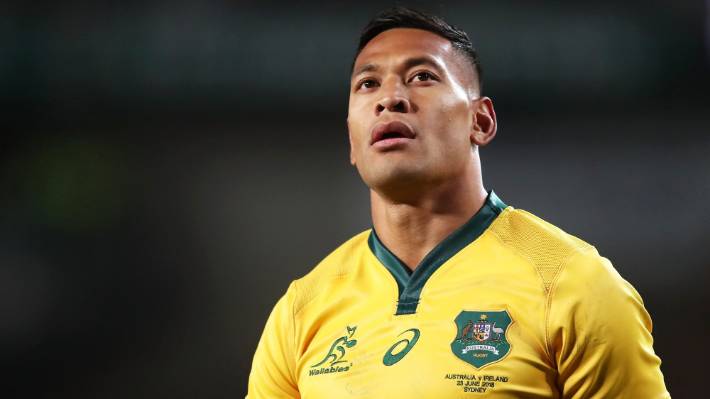 It has been heralded as the test case on where to draw the line on the freedom to practise religion, and how much say an employer has in their employees’ personal lives.

Regardless of where you stand in the debate, there is no doubt that it has touched on many issues that are important to Australians, and perhaps more importantly for present purposes, noteworthy from an industrial relations perspective.

The story so far

On 10 April 2019, Folau, an outspokenly devout Christian, made a post on his public Instagram account, stating that among other things, “hell awaits” thieves, atheists, and homosexuals.

And this comment was by no means an isolated incident.

During the same-sex marriage debate, despite the Wallabies having publically endorsed the ‘yes’ campaign, on 12 September 2017 Folau posted to Twitter:

“I love and respect all people for who they are and their opinions but personally, I will not support gay marriage.”

In almost identical circumstances to the present controversy, on 4 April 2018 Folau made a comment, also on Instagram, stating that God’s plan for homosexuals was “HELL… Unless they repent of their sins and turn to God.” In the media frenzy that followed, many commentators posited an end to Folau’s career with Rugby Australia as a result of apparent irreconcilable ideological differences.

It is understood that Folau had been warned by Rugby Australia following the 2018 incident.

The Code, which operates similar to any policy that an employer may have in place, requires players to treat everyone equally, regardless of sexual orientation, use social media in accordance with the requirements under the Code, and not bring the sport into disrepute.

It is unclear how the Code applied to Folau’s employment, however it would not be uncommon for a term of his contract to require him to comply with the policies of Rugby Australia, including the Code.

On 7 May 2019, after a three day hearing, the Tribunal, which was constituted by two preeminent legal practitioners, both of whom are Queens Counsel, and a leading sports administrator, recommended that Folau’s contract should be terminated for serious breaches of the Code.

This recommendation was endorsed by Rugby Australia, and Folau’s contract was subsequently terminated.

The matter was listed for conciliation before the FWC on 28 June 2019, with the purpose of attempting to resolve the matter informally before it progresses to be heard by the Federal Court or Federal Circuit Court.

The matter was unable to be resolved, and Folau has been, or will soon be, issued with a “certificate,” a document that allows him to progress the matter with the court.

What legal issues are being challenged?

While Folau’s contract is unlikely to ever be disclosed to the public, it does not appear to be in serious dispute that Rugby Australia had the contractual right to terminate his contract for breaching the Code, particularly given the type of application Folau has filed – more on that shortly.

It is typical for the contract of a professional sportsperson, particular a high profile figure such as Folau, to contain an extensive list of requirements relating to off-the-field conduct.

Instead, the issue is whether in doing so, did Rugby Australia fall afoul of the protections in the Fair Work Act 2009 (Fair Work Act) that prohibit termination on the grounds of religion?

The wording in the Fair Work Act is relatively constrained. While it prohibits termination on the grounds of religion, it does not explicitly protect engaging in the “practise” of religion.

This means that a person cannot be dismissed because they belong to a particular religion, but if they take a particular course of action because of that religion – like posting on Instagram – that course of action will not necessarily be protected. There has historically been a conservative approach taken by courts and tribunals to interpreting these provisions, often incorporating an element of reasonableness.

For instance, a person belonging to the Islamic faith may be required to wear a headscarf, but an employer could not reasonably argue that dismissing the employee for wearing a headscarf (that is, taking a particular course of action), was not discrimination on the basis of religion. Unless of course that person was required to wear a hardhat, which is perhaps a conversation for another time.

To date, this has been a sensible construction. This risk of course being, that if there was not an element of reasonableness, a person could take any number of actions, claim they are required by their religion, and thereby render themselves immune to the consequences.

While we will not know the exact extent of Folau’s arguments before the court for a number of months – on the assumption that the matter does not settle before then – it is likely that this interpretation will be a key feature.

Prime Minster Scott Morrison recently announced that his Government will introduce a fifth act to this list as early as July 2019, a proposed Commonwealth Religious Discrimination Act. In media appearances to date, Mr Morrison, also a devout Christian, has declined to comment on Folau’s case, but has stated that employers must protect employee’s private practise of religion.

At present, discrimination on the basis of religious activity may only be unlawful in Queensland, Victoria, Western Australia, Tasmania, the Northern Territory, and the Australian Capital Territory. Again, in each of these jurisdictions the relevant anti-discrimination tribunals have typically looked to incorporate an element of reasonableness to these activities. New South Wales, where Folau is based, is notably absent from that list.

It seems likely as well that relying on anti-discrimination legislation would cause more problems for Folau than solutions. In Queensland, for example it is unlawful to incite hatred, serious contempt, or ridicule towards a person (or group of people) on the grounds of sexuality or gender identity.

For these reasons, it makes sense that Folau has relied on the Fair Work Act as opposed to a breach of contract, or cause of action under State or Territory anti-discrimination law.

How does unlawful termination differ?

Instead of the more common unfair dismissal or general protections, Folau has filed an unlawful termination application.

Contrary to its name, the scope of this application is exceptionally narrow, and can only be filed in very limited circumstances.

For the period 2017 – 2018, there were only 90 unlawful termination applications lodged with the FWC. During the same period, 13,595 unfair dismissal applications and 4,117 general protections applications involving dismissal were filed.

So why did Mr Folau file an unlawful termination?

Even he was able to file an unfair dismissal application, the FWC has long recognised a right for employers to discipline employees over inflammatory social media posts, particularly for high profile figures.

For the overwhelming majority of employees in Australia, an unlawful termination application will not be available to them.

The reason for the distinction is that unlawful termination applies to “non-national system employers,” such as unincorporated employers in states such as Western Australia. These provisions were introduced to bridge a gap in the general protections provisions, to ensure that Australia is complying with various international conventions.

Without having seen Folau’s contract it is not possible to determine whether this was the reason for having filed an unlawful termination application.

There is no doubt that Folau’s case represents a challenge to the status quo.

At law, Rugby Australia has a very potent defence available to it; arguing that the termination was not on the basis of Folau’s religion, but the fact that he made an Instagram post that violated its policies.

Where Folau’s legal team is able to overcome this argument is, quite literally, the $10 million question.